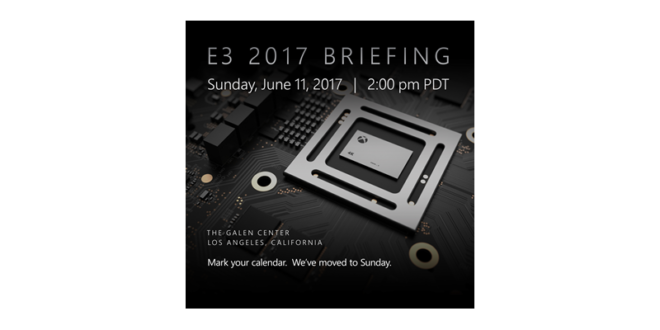 Project Scorpio is due to be unveiled tonight at Microsoft’s E3 press conference, but while its specs point toward a 4K powerhouse targeted at the Microsoft super fan, there are lingering questions over whether the console will be able to break through to a wider audience.

After all, if the console ends up costing upward of 429 as predicted by IHS Markit, then Microsoft’s potential audience may only extend to a very small segment of players.

However, new data from Kantar Worldpanel suggests that, provided Microsoft plays its cards right, it might be able to capture a much wider audience than first expected.

"Almost two thirds (64 per cent) of current Xbox One console owners have not bought a physical game for Xbox during the past year," says Fiona Keenan, strategic insight director at Kantar Worldpanel."This leavesover 2 million disengaged Xbox One ownerswho Microsoft can look to target with the Scorpio launch."

Keenan adds Project Scorpio might finally tempt current Xbox 360 owners to upgrade their console as well:"There are an existing2.5 million Xbox 360 console owners in the UK who are yet to upgrade to any new generation console, giving Microsoft a wide base of potential consumers within the existing Xbox community," she continues.

Of course, whether Xbox 360 owners would also have a 4K TV to make the most of Project Scorpio remains to be seen, but Keenan states that among new generation console owners at least, around 16.5 per cent of them already have the necessary hardware to get the best Scorpio experience.

"4K capability for the Scorpio could help Microsoft tap into therapidly growing 4K TV base in the UK. 10.5 per cent of the UK population currently watch a 4K TV. That percentageincreases to 16.5 per cent among new generation console owners. If the Scorpio can tap into this 1.2 million-strong consumer base, it could be a very lucrative opportunity."

Of course, all this depends on what kind of messaging Microsoft decides to go with this evening. If 2m Xbox One owners haven’t bought a physical game in the last year, it seems unlikely that they’ll want to spend a significant chunk of money on another machine that only makes their existing library of games look prettier, but if this same audience are actually fully engaged digital customers that want the very best from their games, then Project Scorpio may yet succeed. All will be revealed later this evening.

Xbox Live has been rebranded to Xbox Network

Microsoft brings Auto HDR technology to PC with initial support for over 1,000 titles