Hi-Rez has announced a Paladins “Console Wars” competition that is due to take place at DreamHack Valencia.

Online qualifiers in North America and Europe will decide the teams that will compete in Valencia.

“For too long console FPS competitors have been limited to either Xbox One or PS4 based upon publishing deals and exclusivity”, said Todd Harris, Chief Operating Officer of Hi-Rez Studios. “With Paladins we want to break down that wall, and so these Console Wars LAN events will feature the best Xbox One team taking on the best PS4 team.”

The tournament was announced on the same day that Paladins went into beta on consoles.

“Bringing Paladins to consoles has been a major goal for us since day one of development,” said Harris. “There are very few free-to-play shooters on consoles, and we’re pleased to introduce a team based FPS with deep customization and progression unlike any other game in the genre.” 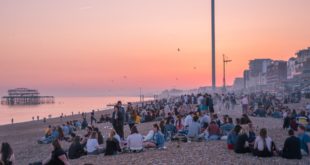 Regional spotlight: Brighton is all pride and no prejudice