Apple is toying with the idea of introducing Google-like premium search results to the App Store, according to new reports.

Sources “familiar with the plans” told Bloomberg that as well as other changes being considered for its iOS marketplace, such as improving the browsing experience for users, allowing developers to pay to appear higher in search rankings would act as a remedy to the App Store’s saturation.

It’s a method already employed by Google, which – for example – ensure that a title such as Clash of Clans is top of the list when a player types in ‘strategy game’.

The secretive team working on the revamped App Store is comprised of around 100 workers, with Apple VP and former iAd exec Todd Teresi leading the efforts, with the help of marketing SVP Phil Schiller.

While no deadline has been announced for the rollout, Apple’s WWDC event will once again return in June – making it a possible reveal date. 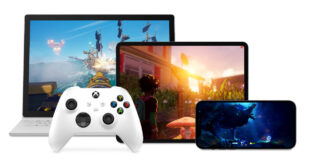