Around the world with IGN

Back in 2006, games media giant IGN decided it was time to move beyond its US borders and try to take on the world.

It began by moving into similar markets, opening offices in both the UK and Australia in a bid to win over local audiences.

Games and entertainment markets around the world are similar in many ways but also very different depending on where you go – not just in terms of release dates or product SKUs, but also cultural context – so you need native business structures, editors and hosts that make sense locally and that audiences can relate to,” explains Adam Doree, international business development director at IGN owner Ziff Davis.

Traditional media brands like CNN and ESPN have done this for many years, but IGN is the first to do it in games on a truly global basis – and this has opened the door to bigger opportunities both editorially and commercially.”

IGN has expanded rapidly since its UK debut eight years ago. The firm now has 24 editions of its website in 18 different languages that cover around 100 different countries. That includes most markets in Western Europe,
Turkey, Middle East, Israel, South Africa, India, Spanish-speaking Latin America and Brazil. IGN is available in Arabic, Chinese, Russian and Hebew.

Doree says the only market remaining in Europe is Poland, and IGN is also launching editions in China, South Korea and Japan.

Every new market we’ve entered has doubled its audience within its first year – some regions much more than that,” says Doree, adding that during Q4, 52 per cent of IGN’s traffic came from outside of the US.

After its UK and Australian debuts, IGN decided it would be more economical to partner with other media firms when it came to launching its brand in other markets.

We knew that the most authentic way to launch in many world markets within a strategic timeframe wasn’t to just storm in and miss the nuance that makes each market unique, but to form strong partnerships with established local experts,” says Doree. We provide the brand, global coordination and a tech platform, while partners handle everything that’s unique to their market: building large communities around local content and events, and a local business strategy primarily around media.”

IGN has teamed up with large media companies like Times of India, Marca in Spain and Publimetro in Mexico, as well as smaller, growing publishing houses. And the results have
been impressive; 30 per cent of IGN’s traffic (which in December 2014 was 64m unique users, the firm says) comes from these partner websites.

We’ve found that advertisers want to work with us to create impact at a local level, but increasingly they want to do it on a regional or global basis as well,” says Doree of the commercial strategy of having such a global view.

This is online, so in a sense there are no regional boundaries, and brands need to deliver their message in an environment that is consistent and coordinated. We responded by introducing global and multi-territory advertising solutions that give the convenience and value of a single buying point while leveraging IGN’s international profile.”

But teaming up with media companies around the world is not just about scoring big numbers, making lucrative ad deals and improving local ‘engagement’ – it’s actually improving IGN’s global editorial content, too.

The UK office, for instance, handles FIFA coverage due to the UK’s in-depth knowledge of football. The Brazil arm of IGN was at the forefront of the recent news about Nintendo pulling out of its country, which was of interest globally.

"IGN First is our answer to the traditional magazine
cover – except the front cover is all over the world."

This advantage could be particularly interesting when it comes to IGN Japan, considering the global importance of developers based there,” adds Doree. The global setup also means that we can deliver a proper 24-hour coverage cycle.”

The firm has also developed its ‘IGN First’ concept, a month-long exclusive product reveal that is translated and co-ordinated in 18 languages.

It’s IGN’s answer to the traditional magazine cover – except the front cover is all over the world,” explains Doree. IGN First has delivered millions of users premium coverage of big-name franchises like Destiny, Call of Duty, Halo and Evolve.

One of the best collaborations was with Kojima Productions for Metal Gear Solid V, in which Kojima himself took IGN’s audience through the latest gameplay. We broadcast that on every IGN edition in local language concurrently.”

Of course, working across so many partners in so many different territories is not always going to be easy. Doree admits that there have been challenges along the way, but he’s proud that the firm has managed to deal with them without any failures. And now Ziff Davis is looking at bringing its other brands to a global scale, too.

Every market has particular challenges and whenever we look at a new region people are always vocal about that – whether it’s games market issues like high levels of piracy or low console penetration, media-related issues like low advertising rates or a slower transition online, economic factors like high taxes or currency issues, or even just strong markets with a crowded competitive picture – but there hasn’t been a single market where we haven’t figured it out,” Doree concludes.

That is not to say we haven’t tweaked the plan once or twice – we’re always optimising the overall set up to make most sense, for example in multi-lingual markets – but we haven’t had a single market fail, because we’re confident that the brand and our partnership model will work anywhere there are fans of games at any reasonable scale. In fact, we’re now using the same expansion model on our tech and lifestyle brands, PCMag and AskMen, so the global picture is very exciting for Ziff Davis.”

Previous Top 100 Women in Games: Véronique Lallier
Next A new Toejam & Earl is in development 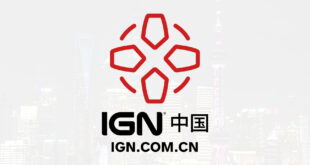 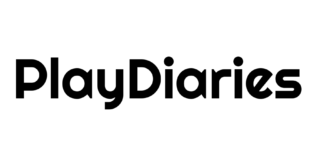 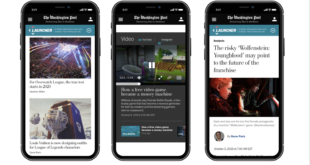