EA has officially announced the next game in its Battlefield series.

As rumoured yesterday, it’s called Battlefield Hardline. It’s out this autumn and is set against the backdrop of a genre we all love – the war on crime and the battle between cops and criminals”.

It’s a change of direction not only in tone but also in development, with Dead Space creators Visceral in the driving seat.

Several years ago, I was at an internal EA meeting in Barcelona with creative leaders from across the company,” Visceral’s VP and GM Steve Papoutsis said. It was there I met Karl Magnus Troedsson, the GM of DICE, for the first time, and we immediately began talking about games – I’ve always loved Battlefield and KM was a huge fan of Dead Space, which I was working on at the time.

We’ve been reading all of your comments and we’re excited to be going into more detail soon on the ways we’re adding new twists and turns to the foundation of Battlefield multiplayer and more about how we’re bringing our strengths at Visceral to single player.”

The game will be detailed further on June 9th.

UPDATE: A video for the game, which refers to it as Battlefield Omaha, has leaked online. It seems to detail a new take on the single player experience that apes an episodic cop TV show. See it below (before it’s taken down): 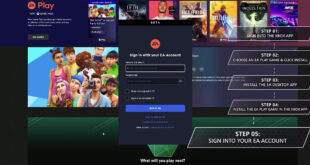