Paddy Power has released odds on how long GTA IV can last at the top of the ChartTrack All Formats Charts.

The bookie predicts that the game will most likely remain at the top for between four to six weeks at 7/4, and feels that Wii Fit is the game most likely to displace it at 6/4.

There’s no doubt about it, Grand Theft Auto IV is the biggest game of the year,” says Paddy Power’s Sharon McHugh. How long it stays at the top spot will depend on how quickly people snap it up. One thing is for sure though; it’ll take something special to knock it off number one.”

Paddy Power has the betting: 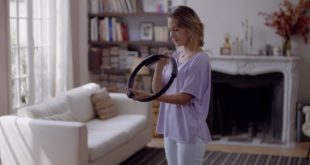 PlayStack on becoming a major player in the saturated publishing sector

How Life is Strange changed Dontnod