Dare to be Digital 2011 team Tea and Techno talks exclusively to Develop about working on their entry title Full English Fusion.

Full English Fusion is a Windows Phone 7 game that sees you, the player, aid Dr Eve L Genius in her maniacal plot to overthrow England. Dr Genius has made the world’s first ever batch of TEA (Transmogrifying Eclectic Amalgamator) which takes stereotypically English items and mashes them together to make fiendish and Frankensteinian combinations. She plans to use these combinations to unleash terror and madness upon the country.

There is a slight hiccup in this plan, however, as she has managed to trap herself in her laboratory! You will need to help her run, jump, dodge and defy her superior security systems using platforming and her diabolical creations to aid her escape. Using the phone’s integrated touchscreen and accelerometer, Dr Genius will follow your every command as you direct her through this maze of danger.

We decided to enter Dare at the start of this year. We had already lost some concept planning time due to the late starting of the university year, which pushed back the end of the year to right before the start of Dare. Our programmers were still doing exams and submitting coursework the day before our epic drive to Scotland, whilst our artists visited family and friends before the long absence over the summer. Timing has been extremely tight and Tea and Techno have had a crazy few months in the lead up to Dare, but we have pulled up our proverbial socks and knuckled down. Many hours were spent in front of the whiteboard coming up with concept after mechanic after concept. Eventually we waded through the slew of concepts and moulded our ideas into the crazy, eccentric amalgamation we are now aiming to complete for ProtoPlay!

Most of the game concept came from the lead artists’ head: the crazy style, the oddities to combine and the character herself. We all pitched in on mechanics and puzzles, programmers bringing the artists down to Earth, whilst artists were pulling the programmers into the ether.

The interview came as a shock, the day spent travelling to London was long and hot (in fact one of the hottest days so far this year!). In the interview, both of our laptops almost failed us but we came back from that initial hiccup and pulled our pitch off without further issues. Regardless nerves still ran high, so when the invitation to attend Dare arrived it was an exciting surprise.

The Dare experience for our team has been an exciting one. We have all been working hard on both sides of the fence. Level editors have been developed, art assets churned out, classes constructed and promo images finalised. There has always been something to do! Mentors have regularly visited the office to advise, we have taken on board all their advice and have been able to greatly improve our game as a result. There are things that we did not know, and couldn’t have known before coming into this, that we now think were silly to overlook. We are trying to make our game as immersive and fun for the player as it was for us to conceive.

Dare has taught the whole team how to work as a unit. With any new team, issues can arise from the smallest of matters. Egos, stubborn ideals and ownership all had to go. We all had to learn how to communicate satisfactorily and in a way that wasn’t confusing or misleading to anyone else. The experience has been invaluable, emulating the games industry with deadlines and working closely with others that have completely different ideas, opinions and thoughts to yourself. This has taught us so much.

We have big plans for ProtoPlay! We want the judges and public to enjoy the madness of Full English Fusion; laughing at the combinations, feeling challenged by the platforming and getting a sense of achievement solving complex puzzles.

People have all said attending Dare to be Digital will rocket you into opportunities that others can only dream of. You meet invaluable contacts and befriend peers, others that with you will make the next generation of game developers. It’s an exciting time for everyone, the only thing to do is make the greatest game you can and hope that everyone enjoys as much as you enjoy making it.

Team information and videos can be found on the Dare to be Digital team profile. 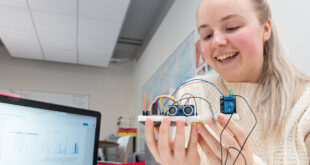 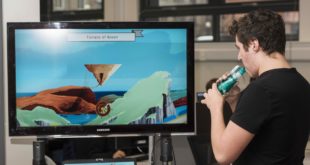