OnLive has claimed that it has millions of subscribers worldwide”, but has once again decided not to reveal the number of gamers paying to use its service.

OnLive went live at E3 2010 with just 19 games in its library on only PCs and Macs over Ethernet,” an official statement reads.

OnLive faced a huge wall of skepticism as to whether the technology would ever work and if it did, whether it could scale, and even then, whether it could reliably deliver gameplay on a consistent basis over consumer broadband connections.

Two years later at E3 2012, OnLive is celebrating its two-year anniversary with hundreds of games from over 60 publishers, and is not only available on PCs and Macs, but on TVs, tablets and smartphones over wired, Wi-Fi and cellular connections.”

The company also claims to have enjoyed 100 per cent uptime” since its launch last year, meaning that the service has never been unavailable.

Also confirmed are a number of new titles coming to OnLive:

OnLive has also announced a deal with LG that will see its streaming gaming services integrated into its Smart TV range.

It’s always been our mission to make top-quality gaming accessible to everyone, everywhere,” OnLive CEO and founder Steve Perlman stated.

Livestreaming views up 10%+ on last week with more increases expected 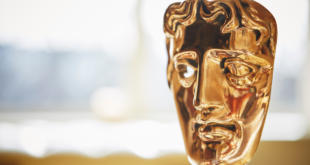