Version 2.0 of Faceware Live is now available, adding new features and enhancing those of the original real-time facial animation product.

The tool, created by Faceware Technologies, was first announced at Siggraph 2013 and allows devs to track a performer’s face in retail and apply that capture data instantly to in-game models. It has been tested by several games developers, visual effects studios, broadcasters and advertising solutions.

New features include the ability to track multiple characters, capture data with high framerate cameras, and integrate the Faceware tools with Unity, enabling devs to check out their captured performance in the Unity editor.

The accuracy of the facial tracking has also been improved, capturing nearly 180 degrees of motions and 22 more facial points than the previous version. Calibration has also been streamline, taking between one and three seconds for any new performer.

"For the past 12 moths, we’ve been vetting Faceware live in a handful of studios, collecting feedback that has been invaluable in the evolution of the products," said VP of business development Peter Busch.

"We’ve rolled much of that feedback into the product and are now ready to release Faceware Live 2.0 to any studio or content creator in need of real-time facial animation."

Faceware Live 2.0 is available as a 30-day free trial on the firm’s website and will be demonstrated at next week’s Siggraph 2014.

You can read more about Faceware as part of our seven-page special capture in the August issue of Develop.

Previous Wing Commander 3 is currently free on Origin
Next Dare Blogs: Too Mainstream’s on-rails shooter for the Oculus Rift 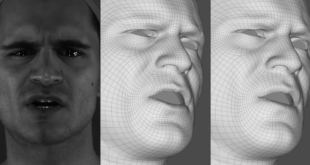 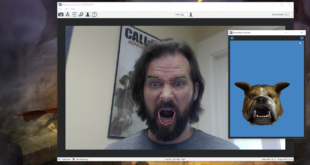 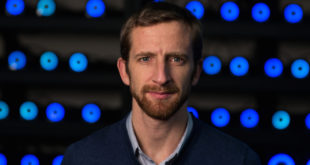