Adobe’s Flash player has returned to the Google App Store despite having been pulled from Android devices just two weeks ago.

As reported by the BBC, the company said that a number of “strategic partners” in the UK had pressured the it into bringing its web browser plug-in back online.

Adobe had previously planned to end work on Flash for Android, and said it would no longer be certified to run on mobiles operating on Android 4.1, and that access through the Google Play Store would be limited.

However, partners such as media giant BBC have convinced the firm to bring it back, but only for the short-term. The UK broadcaster suggested that it needed time to shift to new technology as the plug-in was crucial to its iPlayer service.

"Flash Player continues to be available on Google Play for users in the UK for a short while due to requests from strategic partners," said an Adobe spokesperson.

Adobe still has no intentions to update the browser plug-in despite its return.

The discontinuation will likely result in the increased adoption of the controversial HTML5 platform, despite bearing the brunt of much criticism from developers claiming it carries a string of broken features.

Over 100 games are coming to Stadia in 2021, despite ending first-party development 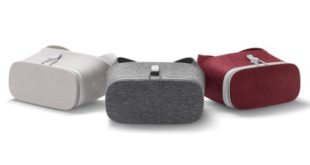