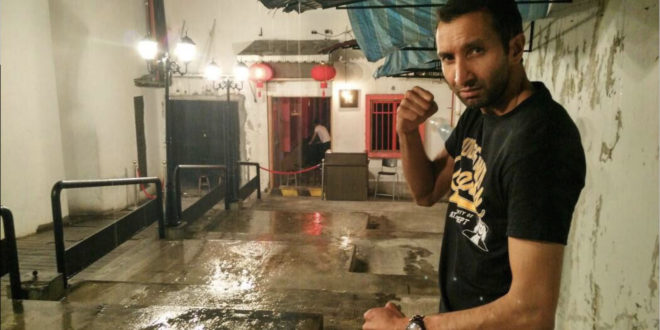 Game for a laugh: The Road to Stand-Up Pt.2

It’s a month closer to me having to get up on stage in front of the games industry and attempt to make them laugh. You’ve all given generously to my insanity, right? No? Well what are you waiting for! Head on over to https://www.justgiving.com/fundraising/byron-atkinson-jones and donate all your life’s savings (or at least £10) now!

It’s been a busy month. Mostly me fighting the rising panic, usually when I’m about to try and go to sleep at night and I remember I’m doing this thing. The host and organizer of Stand Up for GamesAid, Imran Yusuf has agreed to mentor me in preparation for the night, but who is Imran?

That’s a heck of a journey, how did you go from working in the games industry to becoming a stand-up comedian?
Initially my dream as a kid was to make videogames so I got into the games industry. Although I learned a lot and I had good times, I also had tough times. I also wanted to be a stand-up comedian for a very long time and eventually the ability to have unmitigated creative freedom on stage was so overwhelming I had to make the move. You can do as you please and say what you want as long as you get results, you don’t have to ask permission.

(That sounds a lot like some of the reasons I became an indie developer, not having to ask permission to do things and having ultimate creative freedom. I do miss money though, I occasionally go to shops to see strangers hand it over the counter just to remind myself what it looks like – Byron Atkinson-Jones)

Rumour has it you’re moving into TV – something about a QA sitcom?
Yes, I’m making a sitcom at the moment, based largely on my experience as a games tester. Mostly at Sega although I was a tester at Eidos and Argonaut and at Kuju. I’ve written it with my co-writer Tim Clark who’s a veteran stand-up comedian and it’s being produced by Hugo Sieoro who used to work at Sega with me. The sitcom is called Quality Assurance about games testers and we will be shooting the teaser trailer in September at Sega.

Wow, are the stories going to be based on events that happened to you in the games industry? Are you going to have hitmen after you?
There’s definitely going to be incidents that were inspired by things that happened to me so they will feature quite heavily. This is our love letter to the games industry so people will find this sitcom totally relevant to their experience and authentic because I’ve worked in both publishing and development so it’s a world I understand intimately well, not only as a professional but as a gamer.

I’m doing this completely insane thing where I’ll be on the stage at the Comedy Store doing a comedy routine in front of the games industry in the name of charity. What tips can you give me to avoid dying on the night?
Have fun! The number one golden rule that was taught to me by Mr Ian Stone who’s a veteran comic was ‘have fun’. That’s the core of everything we do. Obviously put some time and effort into writing your material and do some practice gigs and get used to knowing how to handle yourself, how to present yourself to a crowd, but remember to do it from a place of fun.

Focus on that, if you have a good time they’ll have a good time. In fact, I think that’s the secret to life. If you are constantly worrying for validation from other people and hoping that they like you then you’re going to put yourself into a very precarious situation. Whereas if you focus on you rather than them, and if you are having fun, others will have fun too.

Previous Splatoon 2 beats Crash Bandicoot to US No.1 in July
Next Loot Crate partners with Activision for limited edition Call of Duty crate 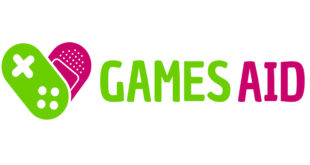 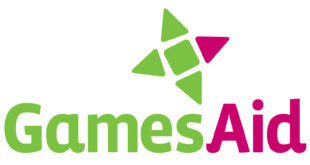 StandUp for GamesAid returns next month