Google founders to sell up

The two men who set up internet and cloud computing giant Google are reportedly looking to sell their controlling stake in the tech behemoth, netting themselves around 3.4bn in the process.

The BBC reports that Larry Page and Sergey Brin are preparing to sell 10m of their shares over the next five years, relinquishing their majority control of the company and reducing their voting rights from 59 per cent to 48 per cent in the process.

However, CEO Eric Schmidt is retaining his 10 per cent share power, meaning the established management trio will still have a controlling say in day-to-day proceedings.

They are both as committed as ever to Google,” a spokesperson said.

They are integrally involved in our day-to-day management and product strategy. The majority of their net worth remains with Google.”

Previous MS hypes 360s biggest year ever
Next Thereâ??s no â??iPhoneâ?? in â??teamâ?? 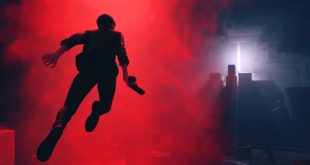 Over 100 games are coming to Stadia in 2021, despite ending first-party development