A close-up look at the latest contender in VR

The one question running through my mind before testing out Valve and HTC’s new Vive VR headset was: is virtual reality something the general consumer will understand or even want?

After testing out the device and playing a few demos, I’m still unsure.

As I walked into the small room, the headset, two controllers, a waist strap, headphones and a heap of wires were laid out across the floor, though I’m promised all those wires will not be in the final version – which is a necessity, as I’ll later explain.

Crucial for the whole thing to work were dual base stations (small boxes) in opposite corners of the room. These track your movement to ensure you don’t bump into walls nearby. Another intriguing element of the tech was real depth perception.

Once the demo loaded I was presented with a white room. At this point, I was passed the controllers, which I could see just floating around in virtual space. I was told to just reach out and take them, despite not being able to see my hands or arms.

The odd thing however is that, despite being blind to the real world and unable to see any virtual arms even, it was easy to reach out for the virtual representation of the controller and judge exactly where it was. In fact, it felt quite natural.

The rather odd controllers, which are formed of touchpads, clickable buttons and motion control, were a great input method for interacting with the virtual space. In various demos I was able to draw pictures, cook a meal, throw and place objects where I wanted them to go, and generally reach out and touch items.

The input proved to be great for small puzzle games that involved walking around a room and picking up items. A demo set in Portal’s Aperture Labs was a great example of this, where I was tasked with taking apart and fixing a damaged robot, all while I’m effectively told the world is going to end. It was a fun and immersive experience, with all the trademark Portal humour. In just a few minutes I felt closer to that world than the previous two fantastic Portal games had made me felt.

The use of your hands to interact with the world around you rules out the need in some ways for a complex gamepad when the game is designed in the right way, and feels intuitive.

But the control scheme has its limitations. It’s unlikely you’ll be pulling off any complex combinations in a fighting game or exploring a vast open world without the help of a treadmill like the Cyberith Virtualizer or Virtuix Omni or the plethora of buttons offered by a keyboard or controller.

The two base stations used to track your movement around the virtual world work well enough, accurately monitoring my movement. They also create your boundaries in the game world, so if you stray too far lines begin to appear to tell you are leaving the play space and will soon hit your head on a nearby wall or are about to trip over the coffee table.

As was also explained to me, this can be used as part of the game design. One demo placed me on a boat, where the sides of the boat, which I could peer over, were also as far as I could safely walk in the real world. It’s a great design trick to keep you immersed without telling explcitly telling you you’re in a game and cannot enter a particular area.

Again, though this technology works well and has potential to be used in interesting ways by game designers, there are still some questions over the technology. The most noticeable one that struck me is, who has room for this in their house? I was in a moderately sized room, but I certainly wouldn’t have much space at my house without the hassle of moving all my furniture, and I suspect this will be an issue for many others. You’d likely need a dedicated VR space to ensure there is a large enough, and safe enough, space to play games.

I was assured many of the wires would not be included in the final version. One thing I was constantly wary of was tripping over them, impeding my movement as I either nearly fell over them or was cautious that I would.

Following my experience with the headset, I’m still left wondering who the target market is. The technology is great, the controls felt intuitive for the scenarios I played, and I felt no motion sickness. But It seems like there’s too much tech there to be in the living room.

Time will tell how much of a success it is, but the possibilities for some new, interesting gameplay experiences are there. It just remains to be seen how big the market for these innovative new games will be. 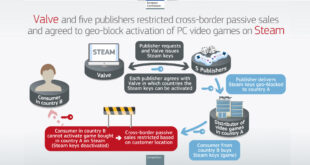