The Escapists, Yooka-Laylee, Beyond Eyes… 2015 has been one of the most exciting years in Team17’s history. Not bad for a business that’s now 25-years-old. MCV speaks to CEO Debbie Bestwick on the company’s quarter of a century in the games industry.

For those that weren’t around 25 years ago, how did Team17 start?

It was an offshoot of Martyn Brown’s 17-bit software, my own [retail chain] Microbyte, and the owner of both companies – Michael Robinson. Michael was basically an entrepreneur who had the idea about building a games publisher that involved the games creators from 17-bit mixed with
the retailing and sales knowledge from Microbyte.

The business model at the time was a very simple one – What genres sell? Let’s make them better and at the very worst case, we can always breakeven by selling the games through our own retail chain. A bit like owning your own app store. It was certainly ahead of the times.

What do you think is the secret to Team17’s longevity?

For around ten of the past 25 years, all of them ironically post-Worms launching, we came so close to losing the business numerous times due to game slippage, less than smart business decisions and publisher traumas.

Worms changed everything about the company in 1995. Prior to that we were doing some very cool stuff – similar to what we are doing right now actually – with amazing games talent from around the world and I often wonder what else we would have done had Worms not landed. We should have stayed true to what we had been doing, but overnight nothing mattered but Worms. We really thought we were superstars and everything we touched would turn to gold, but the reality was that a lot of money was wasted on games that were never released. These included Rollcage, Allegiance, Witchwood, P.I.G, and so many more I won’t mention.

I’d say, looking back now, that the Worms IP was as much a Godsend as a poison chalice.

Over the years, Team17 has“““““““““ had to learn to survive. We know how to dig deep, deliver commercially and Team17 also has a habit of being in there early on the next big thing, from mobile to digital to our own games label.

These days, Team17 has an incredibly resilient win attitude simply because we want to be the best. I’m incredibly proud to say we finally have the ‘Team’ part of our name in our work ethic.

From the top level down, across all of the teams we work with and our own people too, we all work to the same belief: ‘We win together and we fail together’. Working without fear is incredibly powerful and that’s the culture we’ve tried to instill across the board.

Where did Worms come from, and why do you think it has endured?

Andy Davidson [Worms’ creator] was a huge fan of our Amiga games and had popped in to see us at ECTS. He showed us the game and wanted to see if we’d sign it. That night, everyone simply could not stop playing it and the rest, as they say, is history.

Worms is one of those dream games that just watching people play pulls you in and has that addictive ‘just one more go’ gameplay. It also works well on all screen sizes and so obviously lends itself to every available format. It’s a gaming classic these days and it’s been a big part of many gamer’s lives for decades.

What impact did the rise of digital have on Team17?

We had our first PC game download in early 2000 and mobile in 2001, but once Steam, Microsoft, Sony and Apple entered the fray, it changed everything. This was definitely the turning point for us as it was the first time we were truly able to take control of our own business in a very long time.

You’ve recently transitioned back into publishing, acting as a games label for indie devs. How has that changed Team17?

We’re even closer as a team and we certainly appreciate each other even more now. Historically we were a pretty closed unit, but we’ve definitely had our eyes completely opened over the last year. Some things have shocked us, others have delighted us.

Businesswise, we’ve obviously had a record year on all fronts and it’s been a great start to what we hope to achieve. As any business that radically changes the way it works, we underestimated a few areas specifically the level of involvement needed from our own development studio to help the label teams get games ready for a commercial release. Every one of our label partners has, at some point, needed some resources from the games development studio and that’s put a lot of pressure on internal resources.

The commercial team are pretty much all new people who have long-term publishing backgrounds. I think they will all agree they’ve never worked harder, and it’s been a shock to see something that took a month at their prior jobs happen in a day or two at Team17. They’ve had to learn a whole new process and structure, as what they were used to makes no sense in the modern digital world we live in.

Thankfully any growing pains are now behind us. From a business point of view, two years ago, Worms was responsible for 90 per cent of our revenue. Right now, it’s less than 33 per cent on record revenue and growth, so we’re very pleased with how the first 12 months on the label have gone.

Team17 CEO Debbie Bestwick recalls the key moments that have come
to define the company’s history:

* Signing Worms– That game changed everything about who we were.

* Nearly losing the Worms IP-a massive wake-up call for people in the
dev studio. This was the first time we had to make significant
redundanciesand cut insane deals to survive.

* Worms 3D –the majority of us never wanted to do it but did due to
massive peer pressure from publishers and the industry as a whole.
It was a stupid decision looking back and the start of probably the
worst four years Team17 experienced both in terms of morale
and business.

* A major publisher cancelling products and taking legal action that
lasted almost a year –We nearly lost the whole business. This was
our worst nightmare coming true and the first time we’d faced a top
tier publisher trying to break contracts in, let’s say, ‘not the right manner’.

* Digital distribution –our saviour and the start of regaining
control of our future.

* Going it alone –the MBO was painful but important for
the future of the company.

* Helping a new generation of independent game studios –where
pillar franchises such as Worms, Mouldy Toof’s The Escapists,
Yooka Laylee from Playtonic Games, and Lilith’s Allison Road all live.
Together we are all stronger.

How will you be celebrating Team17’s latest milestone?

We had a small social gathering last month to celebrate, which was a first as we are notorious for not celebrating important events or even actually turning up for them. It’s not because we don’t appreciative them, it’s simply because we are so focused on what’s next. Given an evening off, most of us will quietly catch up on some sleep. Pretty boring I know, but it’s been an insane year for all of us.

The thing that interests us the most is where our partners will be… only then can we look back and say we delivered. 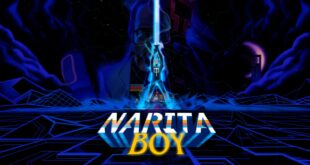 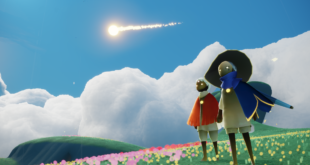 [ICYMI] We look back at ‘Sky: Children of the Light’ as the game achieves 50m global installs