Dubbed ‘Pendulum’, Fable Legends’ interactive music system was created to serve a key ‘four-versus-one’ game mechanic in which you can play as a team of four heroes or as the lone villain.

Associate audio director Steve Brown says the upcoming free-to-play game needed a music system that “could reflect whether good or evil is dominating at any given point”.

“The ‘Pendulum’ can swing rapidly from good to bad,” he says. “Heavily tied to gameplay events, it continually analyses the heroes’ health versus the number of attacking creatures in play.

“Each quest is comprised of four arenas, plus ‘holding areas’, whilst the villain sets up creatures and lays traps for the next arena. A quest can last up to 45 minutes depending on players’ skills, so wall-to-wall drum-based combat music was a complete no-no. To convey a sense of the rollercoaster ride, there are frequent thematic, melodic and tempo changes, providing an ever-changing dynamic music underscore which transitions and progresses in pleasingly musical ways. The players should feel like the score has been specifically written for their experience.”

To achieve this lofty ambition, the music system – which was scripted in Unreal Engine 4 Blueprints and Wwise – has to turn on a sixpence as hero success rapidly gives way to villainy, and vice-versa. This requires significant granularity in segment size to facilitate multiple musical jumping-off points for transitions to other game/music states.

Replete with good/evil attack stingers, it’s a smart-kit of parts that fit together at run-time – without cross-fades – to provide a seamless, super-reactive result that maintains compositional integrity.

“The ‘switches’ stand out thematically so if you, for instance, hear the villain’s horn melody come in, subliminally it tells you something bad’s coming down the line – and then the music kind of falls off the cliff and you’re into the depths of hell,” says Brown.

“But when things start to change and the Pendulum shifts, you’ll hear the triumphant hero melody and everything starts to feel joyous and more ‘we can do this’ – it’s all about the team mechanic and conveying the ‘story’ through music.”

“With so many different themes and styles, keeping some semblance of continuity was a constant battle,” he says. “Steve and I had to come up with a hook for each theme. Usually this was something instrumental – say, glass harmonica or whatever. This helped me keep a grip on the continuity issues.

“Meanwhile, the Pendulum concept of swinging between different variations seamlessly alone entailed 80 transitions, regardless of current song position. In Cubase, I had to load both the current and target theme, and try to blend between them in a logical and musical way – extremely challenging. The fact they work so well in-game is a testament to Steve’s design.”

With so much music to record, mix and edit – and given the ultra-precision required – Brown and Shaw decided to “cut to the chase and get the best of the best”.

“We recorded the Philharmonia Orchestra at Air Studios and mixed at Abbey Road,” he says. “Having Simon Rhodes as engineer for all this – his CV is ridiculous – was just an incredible and humbling experience. We had around 90 players, Tiffins Boys Choir and the Pinewood Singers choir.

“I’m always trying to bring a sense of beauty and charm into Fable. Luckily, aside from the Pendulum suites, there were exploration-style pieces, which allowed me bring in much of the beloved Fable fairy-tale style of music that fans love.

“I’m always intensely critical of my own work and throw away so much before I’m even remotely happy, but with the quality of professionals working and playing on this project – well, that’s half the battle really. I’m incredibly pleased with the results.”

Previous Red5 reportedly lays off 40 staff
Next Made With Marmalade: Five reasons to try C++11 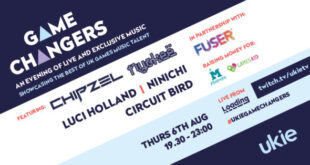 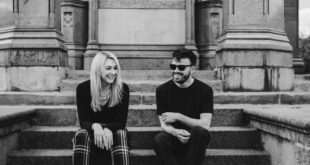