How film and TV directors are making the jump to games

The title ‘director’ has appeared on business cards throughout the games development sector for many years.
Those that sport the ‘creative director’ role are likely the term’s most common adopters, but what of the role of the traditional director from the realms of theatre, film and television?

Arguably the art of direction has been relevant in the industry for years, with acting, motion capture performance, voice work and cutscenes standing as long-established tenants of the video game form. But those that specialise in traditional performance direction for games are few and far between.

That is beginning to change, however, as directors from other fields take an interest in the potential and challenge of games. John Dower made the move ahead of most. A former director of television shows including the UK’s iconic Eastenders, The Bill and Casualty, he joined Lionhead in 2007, fascinated by the opportunity.

“I think directors should approach games ‘because they are there’,” confirms Dower, now a freelance director with a long list of game projects to his name. “I don’t think it’s sensible today for a director to say ‘I just like film’, ‘I just like telly’ or ‘theatre is the pure art’.

“Games are bigger than all that now, so I think it would be snobby for a director not to take a game seriously. That’s not to say I think all games are great or that their direction can’t be much better, because it can. But I don’t want to get left behind as directing changes, and I don’t think other directors should either.”

Dower certainly isn’t alone, and fellow UK Board of Directors member Delyth Thomas is endeavouring to introduce more peers to the world of games.

“Games are in that fascinating place where they’re not live action or just animation, which I’ve often worked with before,” explains the BAFTA-nominated Thomas, whose showreel is packed with an impressive range of comedy and children’s film and TV work. “So often in games these actors are working without visuals – or without many visuals – and they tend to over compensate for that fact.

“So there’s a challenge there as a director of having the visuals in your head and bringing the performances to match that vision and the gameplay. It’s a fascinating challenge, and so should be really appealing for some directors.”

That challenge may be exciting and motivating, but it’s certainly not insignificant, as games makers and directors have to match their contrasting experience sets for the good of games, learning one another’s creative language and methods, and melding the two. Put simply, the coupling presents a meeting of those with a long heritage in linear scripts and direction of straightforward performances with the makers of interactive worlds, which are defined by something quite ghastly to a traditional director.

The player, after all, can control camera, pace, narrative order and much else beside, like some unruly audience member of a theatre production stepping forward as a creative backseat driver.

Dower breaks it down into two schools of directing; the linear, and what he calls ‘interactive directing’, which is at the crux of what developers must be prepared to support if they are to reap the rewards of welcoming those from film, TV and theatre to their studios.

A specialist in that very skill is Mark Estdale, MD of game dialogue production studio OMUK, and a professional devotee to stage sound and lighting since the early 1980s.

“I think directors that ignore this opportunity are as daft as brushes, really, as it’s the most exciting opportunity for directors on the planet,” says Estdale, who is currently at work on Telltale’s coming Game of Thrones title, collaborating with US game directors Darragh O’Farrell and Julian Kwasneski.

“Directing the interactive is fucking awesome. And the skill there? It’s about working around players having choice, and delivering that illusion; the illusion of choice in a game world.”

That illusion of choice is a point of much academic musing; as games become more dynamic and interaction seeps into their every fibre, how much control the developer has is open to much debate – a topic explored with grace and humour in indie hit The Stanley Parable. But ultimately, a studio in almost every case sets the boundaries of their game, and conducts the player experience.

“That’s why the illusion of choice is the craft of directing the interactive,” interjects Thomas, as discussion turns to games with branching narratives, and making each player choice feel equally an act of interactive freedom and a carefully controlled vision.

“It’s about giving the player that illusion of choice, and that they are in total control. That’s the skill. The illusion of choice is like the magic of cinema; it’s about giving the player the sense that they are free to choose, to do as they want, and are unrestricted in the game world, even if it is quite different in reality.”

To a certain extent, then, the role of a traditional director in contemporary games seems clear-cut. That role, though, is just the beginning. Making it work practically is another matter altogether.

In film, TV, and theatre, there is a clear guide to that process; a path all can agree on, be they director, actor or set designer.

“It is the scripts,” says Thomas. “The script is the bible. And that’s what I thought when I started to work with games. And then you see what a game script is.”

To the untrained eye – and often the trained eye – a game script appears to be a mess. It can be vast, disjointed and bewildering.

“You have to approach scripts differently for games. For a director of a game, context of a script is everything,” states Estdale. “There are some developers that are really great in that regard. They have a very strong vision, and a micro-level understanding of their game that they can communicate to a director really well. They join you in the recording studio, and they know what they want.

“But oftentimes you just get thrown a script and told ‘record this’, which just leaves a director with their experience of the conventions of the genre. To really direct a performance, you need more. And I feel sometimes the writing of the game, however good, is also often done without that context.”

That is why, says Estdale, that same mantra that applies to so many other elements of contemporary games development is relevant to direction.

Quite simply, the sooner a director steps on board, the more of that cherished context they can apply to a game’s world, which they can then communicate to actors, be it in the voice over booth or on the motion capture stage.

A good two years ahead of release is best, so says the consensus, with directors made aware of lighting, environments, pacing and everything else that has existed since the dawn of theatre direction.

Traditional directors also have another challenge, according to Estdale, Dower and Thomas, and it’s a somewhat delicate matter.

The end of ego

For those that reign supreme in the television studio, film set and stage are the undisputed rulers of their respective kingdoms, and used to having the last word. They are, points out Dower, specifically trained to be project leaders and primary creatives; something they may have to unlearn in the game studio.

“It’s really important for directors to talk to everyone working on a game; designers, animators, even the testers,” he says. “If you don’t, you’re a fool. That’s especially true for cutscenes, where an arrogant director could really have things backfire on them.”

But according to Thomas, that is already changing over in the world where she honed her craft, as visual effects – and sometimes interactive content – continue their advance into television shows and movies.

“In a world of digital and special effects, directors have to leave their egos at the door,” she says. “That’s a good lesson for working in video games.”

It seems clear that the work is there for directors, and progress is being made with how to best apply and make use of the skillset. But there’s also the matter of structuring the working relationship.

For now, a director’s relationship with a given game project is often through a temporary contract. Arguably, those contracts need general adapting to better serve the needs of a director, but what of the potential for the on-staff director in a permanent position at a game studio? Estdale isn’t so sure.

“We’re starting to see some studios employ a permanent director on staff, but I feel it could be stifling,” he suggests. “I love the variety of serving so many different games as a director. And as much as you want to get involved in a creative process nice and early, you don’t want to become too entrenched.”

Some things, it seems, directors want to stick to. But they are certainly interested in working in games, and have much to bring with them. They can prevent cutscene from being too much like inelegant pastiches of cinema, help a voice actor contextualise a world, better choreograph and tune the performances, cast the right talent, and lend an expertise numerous decades in the making.

Previous Dance Central Spotlight to launch with 10 tracks for $10
Next Marmalade giving away $80,000 in prizes to Amazon devs 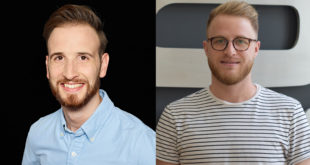