"We're not actively working on Ion, no. I am not involved in that, no. Nor is RocketWerkz studio in New Zealand."

Ion, the game developed between RocketWerkz and Improbable, is on ice

This was noticed by Eurogamer, who noted that while Hall’s company RocketWerkz is showing several games at their partner event EGX Rezzed at the end of this month, Ion isn’t one of them.

At the time, Hall said he’d been working on the the game for a year and was looking forward to take it forwards with RocketWerkz, his New Zealand based studio, and Improbable, the company behind SpatialOS that has grown massively in the past year.

Ion took inspiration from the cult classic Space Station 13, which was an emergent narrative sandbox game where people manned a space station and inevitably messed it up horribly, leading to the death of just about everyone.

Ion was originally intended to come to PC and the Xbox One Game Preview Program, although a release date wasn’t set. It’s been several years now, and no further information was shared.

Eurogamer got statements from Dean Hall and Improbable. Here’s Improbable: "Ion was initially conceived as a project for co-development between Improbable and RocketWerkz. A lot has changed since then," the statement, sent to Eurogamer, read. "Dean Hall moved back to New Zealand from London, RocketWerkz has started work on a number of other games, and we have grown increasingly into a platform for games to be deployed on.

"We can definitely say that Improbable is not currently working on Ion. However, we have not previously commented on and cannot now comment on RocketWerkz’ current or future plans.

"We are focussed on making SpatialOS available to developers, and supporting developers such as Bossa Studios and our SpatialOS Games Innovation Program partners as they make games on our platform. We currently have no plans to develop or release a game ourself."

Where here’s Dean hall: "We’re not actively working on Ion, no. I am not involved in that, no. Nor is RocketWerkz studio in New Zealand."

"When I look at Ion. Ion could only happen with a company like Improbable, with the scale of technology like that, and that’s not a game we could do alone."

With Improbable not involved and Hall worked on other projects since his return to New Zealand, it paints a damning picture for the title. You can see more at the Eurogamer article. 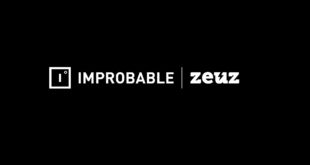 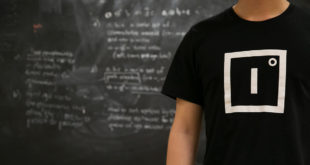