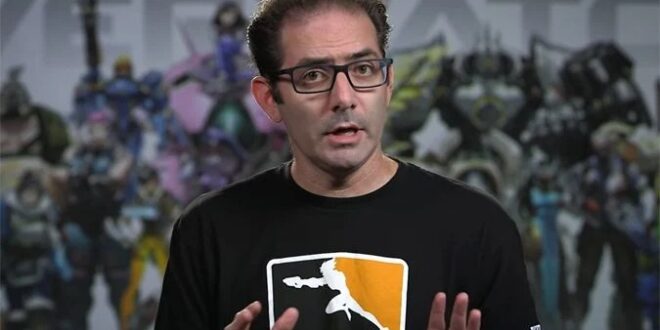 Overwatch director Jeff Kaplan has announced that he is leaving Blizzard Entertainment, after 19 years at the company.

Kaplan shared the news in an open letter on the Blizzard website, which can be seen in full below.

“I am leaving Blizzard Entertainment after 19 amazing years.

It was truly the honor of a lifetime to have the opportunity to create worlds and heroes for such a passionate audience. I want to express my deep appreciation to everyone at blizzard who supported our games, our game teams and our players. But I want to say a special thanks to the wonderful game developers that shared in the journey of creation with me.

Never accept the world as it appears to be. always dare to see it for what it could be. I hope you do the same.

The announcement also addressed the development of Overwatch 2, with Aaron Keller stepping in as game director. Keller is one of the founding members of the Overwatch team, and has worked alongside with Kaplan on both Overwatch and on World of Warcraft.

“Jeff’s been a great leader, mentor, and friend, and he knows how much we’re going to miss him,” said Keller. “I’ve been lucky to work alongside him and the rest of the Overwatch team for many years in building something that continues to inspire people all around the world, and I’m honored to carry the torch forward.”

Keller also revealed that Overwatch 2 development is “continuing at a good pace,” with more frequent updates about the game promised soon.

“While I have no pretenses about filling Jeff’s shoes, I’m excited to step into the game director role and continue to be part of a team that’s putting all of its heart, talent, and focus into the next iteration of Overwatch, and I’m honored to continue serving this incredible community.”

Chris is MCV/DEVELOP's staff writer, joining the team after graduating from Cardiff University with a Master's degree in Magazine Journalism. He can regrettably be found on Twitter at @wallacec42, where he mostly explores his obsession with the Life is Strange series, for which he refuses to apologise.
Previous Unsigned – Building the city of love in The Architect: Paris
Next How have games industry events changed and what will they look like in a post-pandemic world?