Marmalade today released the 6.3 update to its eponymous SDK, introducing a wealth of new features including new native support for Android platforms running Intel chipsets such as the Intel Atom Z2580 processor.

The new support for such Android devices will broaden the reach of the Marmalade cross-platform development tool to cover platforms such as the Lenovo K900 (pictured).

“At Marmalade we want to make sure that no gamer gets left behind waiting for games to appear on their platform of choice," said Harvey Elliott, CEO of Marmalade. "Now that we’ve added support for Intel smartphones, and completed the next phase of support for BlackBerry 10 and Windows Phone 8, we’ve got a complete set of the most popular mobile operating systems and chipsets to offer to our development community.

"More platforms means more possibilities, and we’re excited to be opening up even more opportunities for great games to be downloaded and enjoyed.”

“Adding Marmalade to our next-generation mobile platform opens up some fantastic possibilities for developers who want to make sure their content looks and feels truly amazing," added Christos Georgiopoulos, vice president of Intel’s Software and Services Group, and general manager of the company’s Developer Relations Division. "Our chips are built into some of the most powerful phones in the world; and we can’t wait to see Marmalade developers translating that power into even more incredible experiences.” 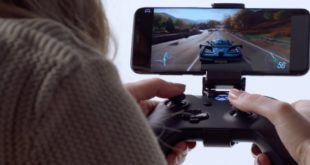