Secret of the cube remains intact even from App Store owner

Peter Molyneux has confessed that he was genuinely worried that his latest project, Curiosity, would be turned away by gatekeeper Apple.

The game, which is due to be released next week, has been described as a social experiment to see how long players are prepared to sit and click their way through layers upon layers of cube matter.

Speaking to Edge, Molyneux explained that he was worried the game wouldn’t pass Apple’s certification process.

“At one point we were really worried that they were going to say no, and we panicked a little bit and thought about what we could do to turn that into a yes,” he said.
“They could have just said no – it would have been so much easier for them to say no. They don’t need Curiosity.”

“In my mind it was a simple black cube in the corner of a white room,” he said. “How long could that take?

“But the act of connecting millions of people together in one single experience, all the security involved in that, the servers, scalability – literally, within seconds, the ability to balance and refine anything; all added substantially to that black cube in the corner of a white room.”

22Cans began a beta test in August with much still to do. The studio was criticised for only releasing the game on iOS, so work started on Android version. It was only last month that the studio submitted its first app to Apple.

“Apple started to realise, I think, just how unique Curiosity was,” Molyneux said. “There was a big debate: one of Apple’s guidelines is that apps shouldn’t ever be dead. They can’t support apps that you use once and then they’re over and done with.

“As you know, I’ve kept what’s in the centre of the cube utterly secret. If it gets out, it just ruins the whole thing.”

Apple wanted to know what was in the Cube. Molyneux refused to let them in on its secret – he hasn’t even told his wife or child for fear of it getting out.

Next came the debate of what Curiosity actually was and what it should be categorised as.

“Is it a game? Is it gambling? A lottery? Is it a sweepstake? What is it? Because it simply hasn’t existed before,” Molyneux said.

“Is it a piece of art? There was a whole lot of discussion about what it is. I think, with Apple, when we got to a certain layer, they started debating the very thing that you, and I, and everyone is going to start really debating when they finally touch the cube.”

But last week the game was approved, ending Molyneux’s fears that his social experiment would be taken off the table before it’s been put into practice.

“It’s unique in concept. It’s the world’s biggest treasure hunt,” he said. “On Wednesday, just after midnight, we’ll see what this experience really is.”

Previous The iPad Mini is out today – did you notice?
Next Cypress Hill star fails in $250m Grand Theft Auto lawsuit 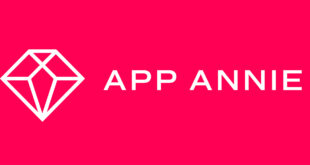 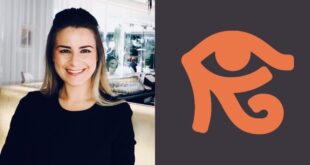