Peter Molyneux this week received the highest honour BAFTA can bestow, but the industry luminary wants the spotlight shone onto the thousands of developers who quietly work at the heart of the industry.

In an interview with IGN, Molyneux said the games press should dedicate more time to celebrate the studio workers that work in the shadows of their famous studio heads.

“I dearly wish that things like the Develop 30 under 30, that pull people out of obscurity, were noticed a bit more,” he said.

Develop’s annual 30 Under 30 article highlights the careers of raw talent in the industry; people who Develop believes deserves more than a mention in a game’s end-credit roll.

The nature of the games industry’s involvement with the press means that studios are habitually locked away from journalists. It is usually the studio’s product that is pushed under the eyes of the media.

As a result, the craft, the stories and the real lives surrounding a game project are usually lost on the public.

“People like Markus – and there are some people in the social side – I feel there’s a real talent there,” he said.

“I think Minecraft’s the best thing I’ve played in the last ten years, and what’s so brilliant about it – and I’ve met Markus and he’s a real inspirational person – he did everything on his own, and I think how brilliant and inspirational that is, to not need the full force of publishers and marketing people.”

Persson’s approach to Minecraft would very likely have constituted him as a ‘garage developer’ – something that Nintendo chief Reggie Fils-Aime said he has no time for.

Molyneux, however, believes the likes of Persson should be covered more extensively by the games media.

“I wish you – people in the press – would focus on some of that up and coming talent, because there isn’t enough focus on it in my opinion. People like Markus Persson who did Minecraft, he’s a fantastic person to talk to, and I think Minecraft is a complete work of genius,” he added.

Previous What’s the main lesson Sony learnt from the PSP?
Next UK iPad 2 launch could be delayed 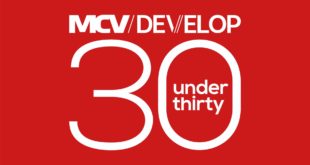