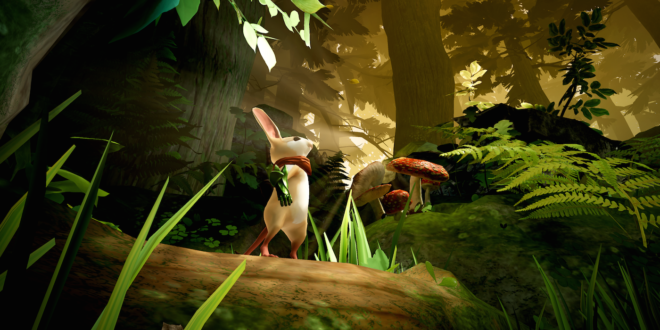 Polyarc has announced the close of its $9 million Series B fund raise led by Hiro Capital, followed by Vulcan Capital, an existing investor, and Galaxy Interactive via its Galaxy EOS VC Fund, a partnership with EOSIO blockchain software publisher Block.one.

Following from its success from developing the top-rated VR title Moss, Polyarc will now add augmented reality (AR) to the studio’s core business competencies. Ian Livingstone, a founding partner of Hiro Capital, will join the Polyarc Board of Directors.

“The thing we want people to remember about Polyarc in 40 years is our characters. Our means to make our characters the most memorable is to build a company oriented around introducing them directly to our players in person. VR, AR, and the spectrum in between, offer an opportunity to connect our players with our characters through physical interaction and emotional feedback in a way that no other medium can match,” said Tam Armstrong, CEO and co-founder, Polyarc. “This round of funding was essential for us to expand our development focus to further embrace VR and AR games.”

This is the second round of funding for Polyarc, with the studio previously raising $3.5 million in 2016 to fund the development of Moss.

Ian Livingstone, founding Partner, Hiro Capital said, “Polyarc is a proven leader in developing innovative VR interactive entertainment, and Moss is their amazing game which showcases the beauty and possibilities of what the VR platform can deliver. Hiro Capital is delighted to invest in Polyarc to help accelerate the studio’s future development of mixed reality experiences.”

Last year, Hiro launched a €100 million venture capital fund for video games, esports and related technology across the UK and the EU. Hiro Capital’s investment in Polyarc adds to a growing portfolio of investments which now include Flavourworks, LIV, Edgegap, FitXR, and NURVV.

“We are excited to be partnering with Polyarc to push Mixed Reality to the next level. They are a super-smart, passionate team who combine creative brilliance with business vision. Hiro invests in strong character-led IP on next-generation cross-platform tech: we believe that Polyarc will be a leader in the next generation of Immersive entertainment.” said Luke Alvarez, Managing Partner of Hiro.

Chris is MCV/DEVELOP's staff writer, joining the team after graduating from Cardiff University with a Master's degree in Magazine Journalism. He can regrettably be found on Twitter at @wallacec42, where he mostly explores his obsession with the Life is Strange series, for which he refuses to apologise.
Previous Media Molecule partners with Noah Cyrus to produce a music video within Dreams
Next Roblox developers expect to earn $250 Million in 2020