A brand new trailer for Activision’s Call of Duty: Black Ops 2 will be aired this Saturday during the Champions League final.

CVG doesn’t say whether the short will be shown at half time or after the match. Nor do we know if we’ll get to see any new gameplay footage.

It speaks volumes of the huge importance of Call of Duty that Activision would pay out huge money for a prime TV ad slot six months ahead of the game’s release.

Amazon has previously revealed that day one pre-orders for Call of Duty: Black Ops II were three times higher than those achieved by predecessor Black Ops in 2010.

Set to be one of the biggest games of the year, it’s great to see so much enthusiasm and anticipation for Call of Duty: Black Ops II,” Amazon UK’s video games manager Graham Chambers said at the time.

Bolder and better than before and with everything from a futuristic storyline through to single player mode, Zombies and multiplayer, Black Ops IIpromises something Call of Duty fans have never seen before.” 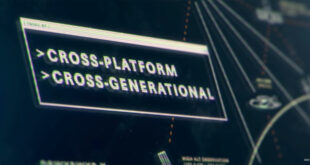