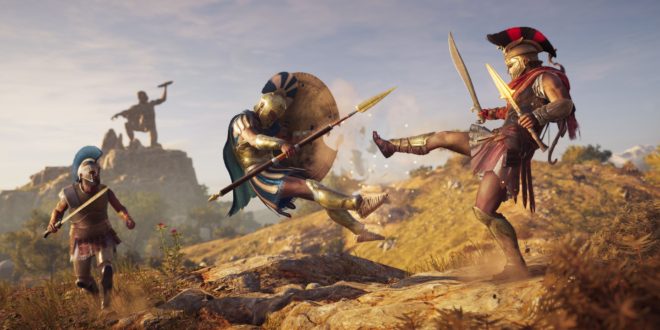 No Assassin’s Creed coming in 2019

Ubisoft has made it official: there will be no Assassin’s Creed game in 2019, with the publisher instead focusing on supporting 2018’s Assassin’s Creed: Odyssey robustly post-launch.

The comments come via Ubisoft boss man Yves Guillemot, as reported on Gamespot: “On Assassin’s, we had a game [in 2018] and we have one this year, but we are not going to have a full-fledged Assassin’s next year,” he remarked at this year’s Gamescom, “It’s just because the team were working separately, so we have two games now, one year after the other. But next year you’re not going to have a fully fledged one.”

The natural assumption would move straight to a spin-off, ala AC: Rogue or Freedom Cry – not so, apparently, with Guillemot confirming the focus would be on more content being added to Odyssey. “The team really want to give, on a regular basis, some new possibilities for play,” he said, “So when you get [Odyssey] this year, you’re going to get in for a couple of years, actually.”

The additional time to work on Odyssey has helped the development team, Guillemot went on to say, and the community ‘has been responding very well’ to Ubi’s approach to Assassin’s Creed. “When I see what we are bringing with Odyssey,” he added, “I know that the community that got back in with Origins will be amazed.”

It’s not a decision that will have been made on a whim, so it’s fair to assume the lack of Assassin’s in 2019 was already a factor of Ubisoft’s future projections in its most recent financial report. Whether there’s a new entry to the major franchise or not, the publisher still expects earnings to be strong.