A new Microsoft patent has added to the body of evidence suggesting Xbox 720 will be anything other than conventional.

Back in June it was revealed that Microsoft included virtual reality headset technology in a leaked Xbox 720 roadmap document. Then last week a patent emerged based on an Environmental Display technology that would transform a user’s living space into a fully-interactive 3D environment.

Now IGN has dug up patent files pertaining to a ‘Wearable Electromyography-Based Controller’.

The description says that the tech includes a plurality of Electromyography (EMG) sensors and provides a wired or wireless human-computer interface (HCl) for interacting with computing systems and attached devices via electrical signals generated by specific movement of the user’s muscles”.

It adds: Following initial automated self-calibration and positional localization processes, measurement and interpretation of muscle generated electrical signals is accomplished by sampling signals from the EMG sensors of the Wearable Electromyography-Based Controller.

Examples of Wearable Electromyography-Based Controllers include articles of manufacture, such as an armband, wristwatch, or article of clothing having a plurality of integrated EMG-based sensor nodes and associated electronics.”

Of course, it’s not beyond the realms of possibility that Xbox 720 will simply be a box with a joypad. But it’s looking less and less likely, isn’t it?

Xbox Live has been rebranded to Xbox Network 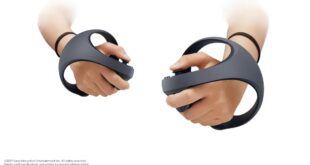