The Activision empire is pulling back on risk, but one major gamble remains

Yet with sweeping and – to be frank – transformative cuts made across the company, the expectation is now on Bungie to be a new pillar of support.

The Halo studio signed a landmark ten-year deal with Activision in April 2010. The expactatioos on its outcome may now come too hard and too fast for a studio that hasn’t worked on new IP for over ten years.

Despite the headlines dominated by news of franchise cancellations and redundancies, Activision is still posting eye-popping revenues that its rivals will envy.

In 2010 it took in $4.8 billion, above Wall Street expectations and enough to cement its position as the biggest third-party publisher in the west, or, more aptly for its ego-fuelled executives, as something bigger than EA.

Yet Activision has in the last three months axed its Guitar Hero business, cancelled True Crime project, closed Bizarre Creations and initiated a redundancy operation that could affect 500 staff.

This transformation crystallises, better than anything else, the global publishing philosophy in a post-recession world.

At first glance these appear to be the moves of a publisher in turmoil. For those facing redundancy it might be hard to think otherwise.

But with Activision’s pillar franchises routinely returning the billions, and the market seemingly determined to resist new IP, it is hardly an unexpected business plan.

“Our theme is all about focus,” Kotick said last night.

“Focusing on best opportunities where we have true competitive advantages and where we have the potential to deliver best-in-class entertainment experiences.”

Yet Kotick must be aware of how his super-sellers can fall off a cliff. The end of the Guitar Hero business is a more momentous occasion than the headlines suggest – it signifies the final song of the whole music games gold rush.

What should be a concern for Activision now is how much it’s banking on a few franchises that could all meet the same fate as Guitar Hero.

One of those big bets hasn’t even been tested on the market yet.

Bungie’s venture into the post-Halo world is one where it must rely on new IP and Activision’s marketing muscle to make a noise.

He spoke of his company’s “absolute commitment and excitement to the team at Bungie”, and referred to the unannounced project as one of Activision’s “key strategic growth initiatives”.

There’s only one only constant of the games industry; it will always move faster than that publishers and developers want.

The phenomenal early success of Modern Warfare and Guitar Hero was not something Activision, or anyone, could have predicted. Certain games just explode in popularity, and a good publisher will focus that into a stream of sequels that return cash.

Rarely is a publisher so certain a new game entirely will be the bedrock to its business.

Kotick last night said Bungie “is one of the world’s most gifted developers”, but he is testing that claim to its furthest in wanting a new IP that can sell and shine as bright as Halo. 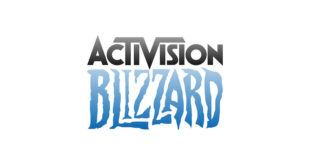 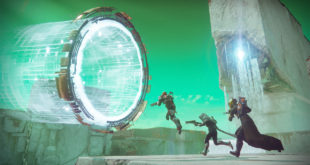