Perlman out at OnLive as part of management reshuffle

The founder of the cloud gaming firm is moving on from the post of CEO and president.

Just over a week ago, OnLive went into emergency bankruptcy measures and sacked half of its staff before Lauder’s investment firm stepped in to buy the remaining assets.

This ‘new OnLive’ is trading under the same name but with secured finances – and now a perhaps more stable management team.

Perlman will "work on his myriad of other projects" the firm said in a statement.

Steve has created an extraordinary company that no one else could have created. He is a unique entrepreneur and deserves his legendary status in Silicon Valley as a creator of groundbreaking companies,” said Chairman Gary Lauder.

"The new OnLive is emerging with greater financial security and a brighter outlook on the future. OnLive is now positioned to execute against longer-term projects with our breakthrough technology, products and services.

"I spent my first week with OnLive listening, to gather people’s thoughts and suggestions. It’s an impressive group, and I am even more convinced that this company is poised for greatness.”

In this evening’s statement the firm also reasserted its strategy as it "plans to continue building the OnLive management team in key categories" – specifically as it looks for new biz dev staff and a marketing boss.

Specifically, the intention is for the firm to deliver "on its mission of breaking new ground in cloud services both for games and remote application delivery to thin devices, legacy platforms or any platforms with a fast connection". 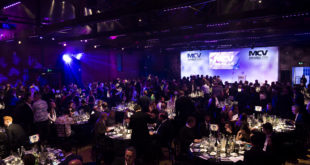