Pitchford: Even if someone hates you, it’s a win

Randy Pitchford, president and CEO of Gearbox Software, believes that even hatred from gamers is a sign that you have accomplished something as a developer.

The veteran developer kicked off his opening keynote at Develop: Brighton with a self-deprecating nod to his studio’s most notorious games – including Duke Nukem Forever and the woeful Aliens: Colonial Marines – jokingly referring to them as "triumphs".

But, he said, he even receives a lot of direct hate for Gearbox’s success, most notably the Borderlands series which Pitchford claims reaches 25m people.

“There are tends of thousands of people that absolutely hate us because of borderlands, and some take it upon themselves to let us know exactly how they feel,” he told attendees.

“I’ve got a guy who has emailed me constantly, sometimes multiple times a week, since 2009 when the original Borderlands shipped. His complaint is that the original art direction changed.”

The game was initially announced with a more realistic look and feel (pictured above), before Gearbox famously scrapped everything and adopted a new graphic novel-esque look that the IP has become known for. Pitchford says this was to better compliment the humourous nature of the series and to make it stand out, but this regular email correspondent disagreed.

“It offended that particular person," said Pitchford. "Deeply. To the point where he has to email us all the time. He’s probably obsessed about us, and he’s not alone. There’s probably other people out there that feel this way about us.”

As far as Pitchford is concerned, there are two obvious ways to approach this: feel like Gearbox has screwed up, or that the complaining player is wrong. But the studio boss chooses to view it a different way.

“We moved that person, we touched that person,” he said. “Even if a person hates it that much, you’ve affected them. That’s why we fight [to develop our games]: we wish to affect people. Hopefully, we’re going to create happiness, but really we want to create emotion.”

He later said that developers "profit for failure, more so than success" since troubled games are the ones that teach studios the most about future projects and encourage them to try harder in future. 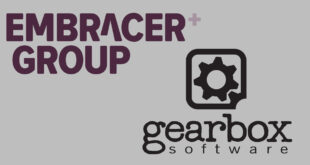 Gearbox merges with Embracer Group for up to $1.4bn – Gearbox and 2K to continue relationship 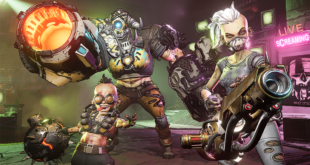 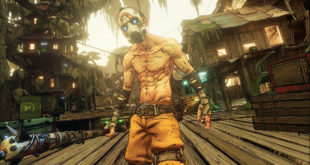