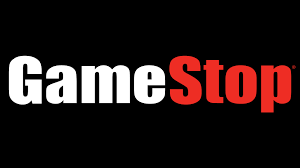 BioWare’s James Ohlen announced his departure from Bioware yesterday, via a statement made on Twitter.

Ohlen, who has been with Bioware for 22 years, was best known for his work as lead designer on titles like Baldur’s Gate 1 and 2, Neverwinter Nights and creative director on Star Wars: The Old Republic.

In his statement, Ohlen claims his departure is because he needed to take a break from the industry and "work on something a little smaller and more personal." It’s Ohlen’s first tweets since 2016.

What’s next for the Bioware veteran? He still serves as a co-founder at Arcanum Worlds, a position he shares with Jesse Sky, another Bioware alumni. Arcanum Worlds is an outfit looking to publish Dungeons and Dragons adventures. The first project was announced on Thursday, alongside Ohlen’s Bioware departure news. It is a hardcover sourcebook for D&D Fifth Edition entitled Odyssey of the Dragonlords.

"The first book I’m working on is called Odyssey of the Dragonlords," Ohlen said in a tweet. "I’m working on it with another former Creative Director from BioWare – Jesse Sky. Plus a mystery writer that I’ve worked with before"

Previous No one backed Warframe to be a success, but five years on it’s going from strength-to-strength
Next How TeacherGaming wants to become Steam for schools