The Witcher developer CD Projekt Red has opened a new studio in Krakow, Poland, according to a job listing on the site.

As spotted by AllGamesBeta, a job advert stated the company was looking for a concept artist “with strong traditional illustration/painting skills and lots of creativity to join our newly created team in Krakow.

The listing said the studio was recruiting for work on The Witcher 3: Wild Hunt and Cyberpunk 2077.

CD Projekt Red’s headquarters is based in Warsaw, which is also situated in Poland.

UPDATE: Adam Badowski, head of CD Projekt RED, gave Develop the following comment: “This July, we are opening an office in Kraków. As we informed in our strategy outlook some time ago, aside from The Witcher 3: Wild Hunt and Cyberpunk 2077, the studio aims to develop two smaller (approximately 20 hours of gameplay) premium quality titles.

"Consisting of 20 people, the core team in Kraków will be responsible for developing one of these games.”

Previous App Store getting Kids category; Official controller support coming to iOS
Next DFC: "The entire future of the Xbox business is in question" 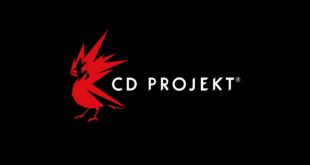