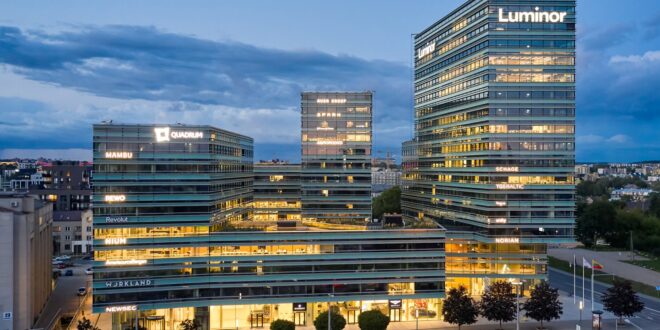 Wargaming officially opens its newest office in Vilnius this month. The Lithuania base will serve to strengthen the company’s distributed development model that is currently seen throughout Central and Eastern Europe and will also act as a publishing unit.

The new office is located in the city centre’s modern business district and will focus on both current and future projects.

As part of the announcement, MS-1 (Wargaming’s mobile development studio) is looking to hire talent at the company’s new location.

The studio is led by industry veteran Thaine Lyman, who has been with the company since 2015. Before joining Wargaming, Lyman spent over 17 years at Activison as the executive producer for the Call of Duty series on console and PC, as well as VP of Production overseeing IPs such as Destiny and Marvel-licensed products.

“With the huge success of World of Tanks Blitz in recent years, MS-1 is not only continuing to support this title with big plans for its future, but we have also been developing two currently unannounced new games in the mobile action/shooter category. To support this ambitious studio growth, we plan to bring in new staff across all of our locations, with the biggest focus on our new office in Vilnius,” states Thaine Lyman, General Manager, MS-1 Studio.

“This office will become our primary location, housing the teams responsible for the development of our two new titles. Our team is already comprised of developers and publishers from a variety of different backgrounds and cultures, and we look forward to continuing to bringing talent from all around the world into our studio. We already have a list of open vacancies which will be constantly updated over the coming months, so prospective applicants should keep an eye out!”

Chris is MCV/DEVELOP's staff writer, joining the team after graduating from Cardiff University with a Master's degree in Magazine Journalism. He can regrettably be found on Twitter at @wallacec42, where he mostly explores his obsession with the Life is Strange series, for which he refuses to apologise.
Previous “I’m encouraged by a great deal [in the industry] but also dismayed in equal measures” – Polygon Treehouse’s Alex Kanaris-Sotiriou
Next Update: Kwalee postpones hypercasual event in Bangalore due to COVID