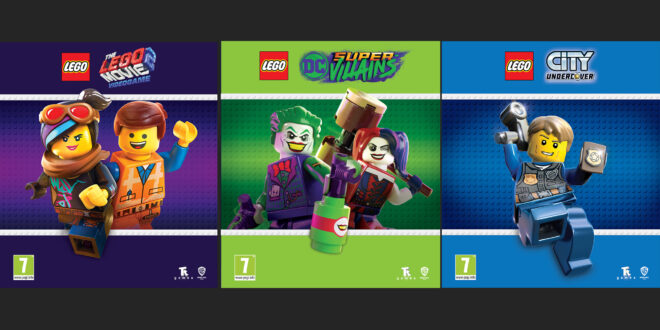 Warner Bros. Interactive Entertainment has announced that as of this weekend it will rebranding its highly successful line of LEGO titles with a more cohesive look.

The rebrand will provide a fresh new look to eleven current titles in the series for the UK. These will include the following:

The rebranding will cover PS4 and Xbox One versions of the games from the 2nd of April. It will also come alongside Easter sales promotions on those titles until the 22nd April. The cohesive, minimalist new look should certainly help the titles standout amid the visual noise on shelves as the UK high street prepares to reopen.

The development of Lego titles remains centred around TT Games in Knutsford. The studio took is now under the direction of Michael Denny, since March of last year, who has promised to “…create a new vision for TT and lead the studio forward to another successful phase of its evolution.”

Seth Barton is the editor of MCV – which covers every aspect of the industry: development, publishing, marketing and much more. Before that Seth toiled in games retail at Electronics Boutique, studied film at university, published console and PC games for the BBC, and spent many years working in tech journalism. Living in South East London, he divides his little free time between board games, video games, beer and family. You can find him tweeting @sethbarton1.
@sethbarton1
Previous 505 Games purchases Ghostrunner IP for 5m Euros
Next Marrying the old with the new – Xbox and Xbox 360 titles come to cloud gaming