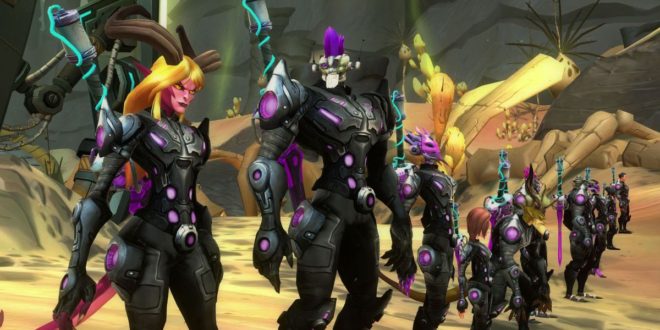 Carbine Studios, the team formed after ex-World of Warcraft developers spun off on their own, has closed. Parent company NCSoft confirmed the news, as reported over on Kotaku.

According to a source speaking with the site, around 50 people will lose their jobs because of the closure. WildStar, the MMO Carbine was best known for, will also be closed down – players who spent money on any in-game transactions from July 1 will be receiving refunds, and the process to close the game has already begun.

A statement was provided to Koktaku, which said: "Today, we are closing Carbine Studios and will begin the process of winding WildStar down to ultimately shutter the game. WildStar players who have spent money within the game will be refunded purchases from July 1, 2018 until the payment system is shut off. We are also in the process of identifying the teams that will be doing the work to bring WildStar to a close. These decisions are very difficult to make and we are in the midst of shifting as many of our teammates as possible into other roles within the organization.”

Founded in 2005 by those aforementioned ex-WoW developers, Carbine released WildStar in 2014 after over three years in development. The studio had been a part of NCSoft since its purchase in 2007, but had not managed to make any headway on games other than WildStar.

In 2016 NCSoft made the decision to lay off around half of Carbine’s team and cancelled the then-planned Chinese release of the game.

Previous 2018 Golden Joystick Awards announced
Next What game is four years old, has 270m monthly players and yet makes no money whatsoever?