Women in Games: Normalising the debate

Diversity in games – and specifically discussions around women in games – has recently reached something of a boiling point within the games industry.

Most notably Zoe Quinn, an independent game developer, and Anita Sarkeesian, feminist essayist, have made headlines following death and rape threats levied against them by a vocal (and juvenile) minority of the gaming community. The crime committed to be on the receiving end of this vile behaviour? Speaking up for the representation of women in games.

Now, I’m somewhat trivialising the specifics surrounding both Quinn and Sarkeesian and the backlash to their respective commentary. That’s primarily for two reasons:

1. The specifics of their stories have been reported on and discussed in great detail online (Google is your friend).

2. The vocal minority making threats have made it almost impossible to engage in sensible debate. Their shameless actions have overshadowed the real topic.

So, let me start by making it clear that I completely condemn the actions of this vocal minority who do not, in my opinion, represent the gaming community at large. Unfortunately, as the old adage goes, one bad apple can spoil the bunch and their actions have gone some way to compound the perception that the video games industry is fundamentally misogynistic.

I feel I have enough personal experience to claim that an inherent misogyny, for lack of a better phrase, does exist in game design. But before you react to that statement, let me provide some context of my own.

In Anita Sarkeesian’s web series “Tropes Vs Women”, she examines gender tropes in video games through a series of short videos. I highly recommend that anyone interested in video games should make time to watch it, absorb it, and formulate your own stance; this is an important topic for consumers and developers alike to engage with. However, whilst I agree with Anita’s conclusions, ultimately I find her methodology flawed.

My criticism is that it’s misleading to take one specific element from any media, let alone just games, and present it in isolation without any context, yet conclude it is representative of the entire product or industry. In some cases, Anita’s series uses misrepresented video game footage to support her argument, yet neglects to highlight recent examples that demonstrate a blanket statement cannot be applied. Without this objectivity, the argument becomes self-serving and an unbalanced representation of the industry.

Sensationalism aside, the closing message, which asks for better representation of women in games, is succinct and significant.

Having played video games since the Amstrad CPC, I feel I have enough personal experience to claim that an inherent misogyny, for lack of a better phrase, does exist in game design. But before you react to that statement, let me provide some context of my own.

Historically, playing video games, along with reading comic books, has been a predominately male adolescent pastime. That’s just a plain ol’ fact. The last decade’s explosion of mobile devices and technological advancements has paved the way for more people to own devices that are capable of playing games. You don’t even need a game console or gaming computer; your smartphone is more than capable and actually makes up 53 per cent of gaming platforms. This has led to gender parity in gamer demographics with women now representing 48 per cent of gamers. This is great for the industry and great for men and women alike.

But, that doesn’t mean it erodes 40 years of history where the industry was led and consumed by a largely male demographic. An inherent gender imbalance in game design occurred, and that ambivalent sexism only became more prevalent and deliberate as the industry continued to grow.

Opportunities exist now to introduce more women into the industry and eliminate, not only gender imbalances, but race, culture and sexuality imbalances within game design.

Again, keep in mind, I’m not excusing it. I’m pointing out that historically, games have been products made by male developers, marketed to a male demographic and consumed by a male audience. Only now, having grown at such an exponential rate, are video games considered part of the mainstream with the Government’s introduction of tax relief and much debate being had across Whitehall and within political parties over their cultural relevance. Heavy stuff for an industry, which 10 years ago, could be likened to FHM or Esquire magazine.

We live in the now, and the opportunities do exist now to introduce more women into the industry and eliminate, not only gender imbalances, but race, culture and sexuality imbalances within game design. Casual sexism in actual games still exists in certain cases, as it does in film, literature and music. But equally, I can point to significant advances in the portrayal of female characters in recent video games.

Lara Croft in the rebooted Tomb Raider series, renowned for its historically over-sexualised depictions of a female adventurer, has been completely reinvented for an ever-maturing industry. Ellie in The Last of Us; Jodie in Beyond: Two Souls; Nilin in Remember Me; Clementine in The Walking Dead. All examples of strong female leads in the last two years who are not subjected to the misogynistic tropes associated with female video game characters.

If these wonderfully written and developed female leads are just the start of gender-equality within game design, I’m more excited about where the industry is heading, rather than defending where it has come from.

Previous EA Access is a sign of things to come, Moore says
Next Bithell admits the pressure is on with Volume 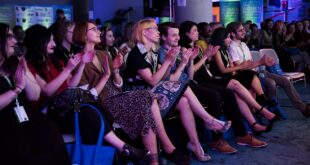 “I do feel the games industry has made progress, albeit kicking and screaming in some cases” – Women in games speak about their experiences in the industry 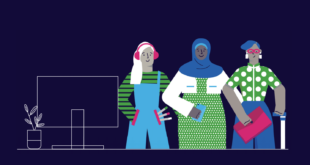 Facebook Gaming: The next level of diversity and inclusion 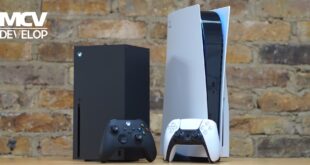