You show me yours, I’ll show you mine

Two events in the last week gave me deja vu to the enormously fun three years I spent as a Technology Reporter for BBC News online.

The first was last week’s Xbox One launch which, despite leaving many indie developers in particular with questions, added to the exciting smorgasbord of platforms on which they can now focus their creative endeavours. I fondly remember covering the launch of the first generation of these consoles in the noughties, and the familiar battle cries for control of the living room.

The second was the official launch this week of the first ever UK PC Digital Download sales chart. Every week as a journalist I had to write up the Chart Track sales charts at a time when boxed games dominated the games market.

Less than a decade later, it’s great to see the emergence of a mixed ecosystem of console and mobile platforms, and the race to be the next chart toppers and get attention starts soon. Charts can be powerful statements, but therein lies a problem: what charts are you now looking to top?

For many years now one of the key reasons people join UKIE (apart from the work we have done to change the curriculum, lobbying government for tax breaks, supporting young businesses as well as multinationals, raising the positive profile of games in the press) is to get their hands on detailed boxed games sales data and reports.

The ranking chart that’s published every week is just the surface story: there’s a lot of juicy detail under the lid of the published charts which delight data geeks who can endlessly slice and dice it.

The GFK Chart Track data is still incredibly valuable: it’s trusted and accurate and lets you see how well you are doing compared to others. But of course, we are moving towards digital and diversity of delivery at a rapid rate.

In reaction, we have worked hard over the last year to create the same trusted, accurate system of reporting and data detail for digital sales.

For this past year, our Digital Sub Group which is chaired and made up of members, has been working closely with specially appointed data specialists Ipsos to create the first secure, robust, industry owned, dynamic portal and charts to measure and report actual digital games sales.

After a year in Beta and testing with a small group of suppliers, including Born Ready Games, Disney, Electronic Arts, Mastertronic, Take Two, NCSoft, Sega, Square Enix, Ubisoft, and Warner Bros, the portal opens its digital gates this week to anyone who would like to submit their data for free, and get data about everyone else in exchange.

Once you put in, the data you get out is granular and lets you see information by title, franchise, age rating, developer, units sold and revenue generated, amongst other market indicators.

And you don’t have to be a member of UKIE to get your mits on this system (although of course we want you to join the family!). Any developer or publisher just has to agree to contribute sales data to see the data coming out: you show me yours, I’ll show you mine.

The group made a decision early on that the system should focus on one platform to start with – downloadable PC games, expansions and DLC. PC games have had a revival; it’s where many indies self publish and it’s where many established boxed titles also see massive success. But the portal has been built to be future-proof and to handle data from any other platform, so long as enough IP owners submit their data.

The PC digital charts will show title ranking by units and revenue. They will initially be released monthly, then moving to weekly (we would like them to be daily eventually) and the rankings will be available to everyone to publish and use alongside the existing UKIE game charts for boxed products. The charts will also include a combined boxed and digital chart for PC and separate charts for digital full and expansion titles.

The creation by industry, for industry of this portal and the resulting charts are important and we cannot underestimate this. It’s a vital way (for example, when talking to potential investors) to see your return on development investment and to judge the success of your games once you have made and launched them compared to others.

Data of this sort is not just the oil that helps businesses make potentially lucrative commercial and creative decisions: it’s also the key to helping us convince the government, and Europe (in the case of tax breaks) where our industry could do with their support, where the vulnerabilities in our ecosystem are, and why, ultimately, we need the games production tax credit.

So if you want to get invaluable marketing and business planning insight get involved by contacting sam.collins@ukie.org.uk.

Be part of it, help us expand to more platforms and be part of telling the true story of the UK game industry in a digital age.

Previous Report: Xbox One to be region-locked
Next Xbox One breaks pre-order records at Blockbuster 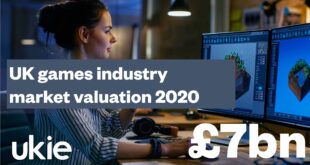 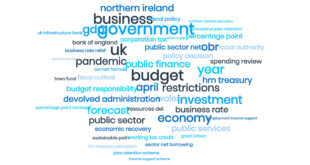 Ukie: Budget 2021 – what does it mean for games businesses?