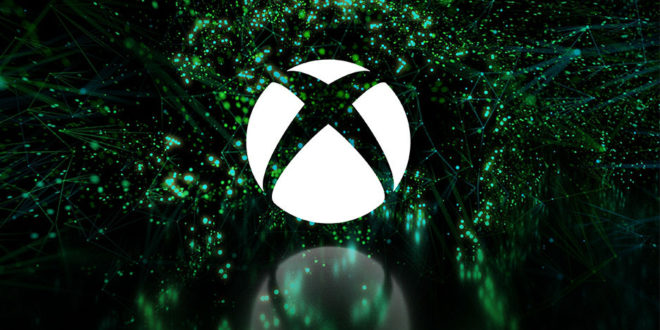 Microsoft has patented an Xbox controller design that would enable players with visual impairments to input and receive commands in Braille.

Filed almost two years ago (thanks, Gizmodo), the controller design looks similar to its Elite controller, but its six rear paddles would enable players to input commands in Braille by attributing each paddle to one of the six raised dots that make up each distinctive Braille character and/or contraction.

The patent describes the design as “a game controller with haptic Braille chording capability”.

“While a conventional game controller [is] geared to sighted players, the disclosed controller configurations include various adaptations that provide alternative input and outputs to facilitate gameplay by sight-impaired or blind users, as well as other users knowledgeable of Braille,” the document states. “A number of paddles may be arranged on a game controller housing so that a player may engage selected ones of the paddles to enable encoding braille characters using the paddles. This input may be used to control a game, enter text into a chat session or take any other action desired.

“The converse may also occur, where a combination of the paddles may provide haptic feedback detectable by a user holding a game controller so that the paddles encode braille output (or other data), allowing a user to receive output simply by contact with the paddles.” 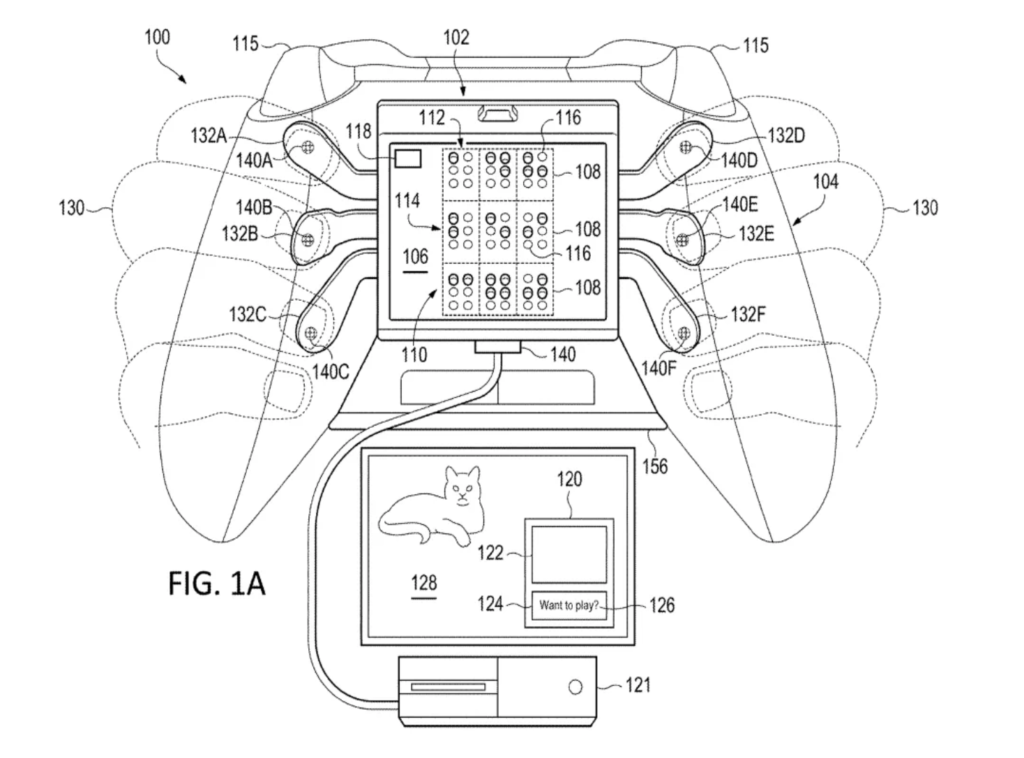 While a patent by no means intimates a product will actually come to market, Microsoft has already released its Adaptive Controller. Designed for players with restricted mobility, it was created in partnership with several organisations including The AbleGamers Charity, The Cerebral Palsy Foundation, SpecialEffect, Warfighter Engaged, and Craig Hospital, in addition to a lot of feedback from the accessibility community.

The controller features large programmable buttons that can be connected to various external switches, buttons, mounts and joysticks to customise its setup (there are 19 jacks across the back of the device), including the Quadstick, a mouth-operated joystick, the PDP One-Handed Joystick (which has mappable buttons) and the RAM Mount with Ablenet buttons, which “allows a player to control the game with one leg placed between the buttons”.

“This has been a milestone collaboration for us,” said Dr Mick Donegan, SpecialEffect’s Founder and CEO when reflecting on Xbox’s Adaptive Controller. “Our experience in helping people with complex physical disabilities to access video games has enabled us to provide not only very relevant advice about features and design, but also direct feedback from a user-centred perspective. Microsoft have a product here that has the potential to help many people globally to enjoy the magic of video games.”

It took 15 years of civil service monotony for Vikki to crack and switch to writing about games. She has since become an experienced reporter and critic working with a number of specialist and mainstream outlets in both the UK and beyond, including Eurogamer, GamesRadar+, IGN, MTV, and Variety.
@_vixx
Previous Read May’s MCV: Rebellion’s Jason Kingsley plus our huge North East regional spotlight
Next Bethesda takes down Elder Scrolls Elsweyr RPG following allegations of plagiarism