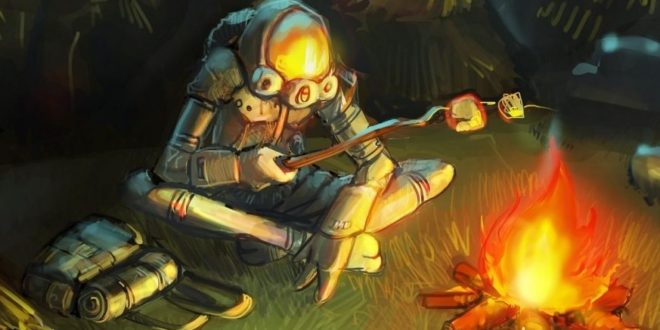 Mobius has confirmed that its Fig-funded space exploration game, Outer Wilds, will be a PC exclusive for Epic Games Store.

In a backer update on Fig (ResetEra, via Eurogamer), Mobius reported that the team had “welcomed helpful partnerships with Annapurna Interactive, XBox, and Epic” and while the game had initially been linked to Linux, Mac and PC on Steam for a Q2 2016 release, the collaborations had helped “keep our small studio running long enough to ship the game at the level of quality that it is today”.

Whilst the studio insists it hopes to “bring the game to your preferred platform as quickly as possible”, many original backers are unhappy that publishing plans have changed, now tying the game to exclusivity periods with both EGS and Xbox One.

“Outer Wilds will first be released on XBox One and on PC via the Epic Games Store, with additional platforms coming later,” the statement from Mobius said. “Rest assured that we read all of your comments and our goal is to bring the game to your preferred platform as quickly as possible.

“Throughout the development of the game, we’ve welcomed helpful partnerships with Annapurna Interactive, XBox, and Epic to support us and keep our small studio running long enough to ship the game at the level of quality that it is today. Each of these partnerships has enabled us to make the game better and more accessible for everyone who will play it.”

While as yet the developer has not intimated if it will refund backers unhappy with the changes, nor detailed how long the exclusivity periods are for, some supporters are now seeking compensation.

“I understand the publisher made this deal and not the dev team, and I understand money is a driving force behind the decision,” said one disappointed Fig backer on reddit. “However, I feel this is unethical for crowdfunding campaigns. I didn’t want to support the game so I could play it months after release on the platform the campaign originally promoted. If I was told my contribution meant I could play the game “eventually”, I would not have pledged.”

“I really do not want to refund,” wrote another funder. “Honestly, I would of (sic) preferred them asking for more money, rather then (sic) timed exclusivity. Which, by the way, they didn’t even specify how long it would be either. I can’t believe I have to wait another six months or year. To me, this feels like a real kick in the teeth to backers. I was promised a steam key when I backed the game and will have to wait even longer to get what I was promised during the campaign.”

Other commenters are keen for the studio to know that they appreciate plans made several years ago may not come to fruition, with one adding: “Game dev is expensive, is (sic) that is what they needed to get enough money to pay their devs and release the game, no problem here.”

As yet, neither Epic nor Mobius have returned Eurogamer’s request for comment.

Just last month, Epic has just announced a slew of exclusive titles for Epic Game Store from partners as wide-ranging as Take-Two’s Private Division, Quantic Dream, Remedy and 505 Games. Following the success of The Division 2, Ubisoft has committed to launching more new titles, and back catalogue titles, on the store, too, continuing its partnership where titles are exclusive to UPlay and Epic Game Store. Some of those back catalogue titles have been promised as being part of the free games programme.

The most startling inclusion in the list of true exclusives are PC releases of Quantic Dream’s last three games: Heavy Rain, Beyond: Two Souls, and Detroit: Become Human. All of which are coming to PC for the first time via Epic’s store.

It took 15 years of civil service monotony for Vikki to crack and switch to writing about games. She has since become an experienced reporter and critic working with a number of specialist and mainstream outlets in both the UK and beyond, including Eurogamer, GamesRadar+, IGN, MTV, and Variety.
@_vixx
Previous Days Gone claims third consecutive UK No.1
Next Sean Murray will open Develop:Brighton 2019 with a ‘candid’ keynote focused on No Man’s Sky